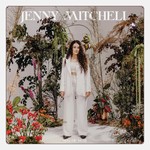 Produced by Matt Fell, Tug of War is a deep and emotional dive, for the artist and the listener. It finds Mitchell at her most raw and honest as a storyteller while creating a musical work that's as rich and fertile as the farming country in New Zealand where she grew up.

The title, Tug of War, hints at the turmoil at the heart of the songs while the musical settings draw on inspiration from old-timey country to dark folk mountain music and classic singer-songwriter albums.

The music defies easy categorisation but if you admire music by genre-defying artists from Emmylou Harris to Kasey Chambers and Jason Isbell, you are going to love Tug of War. As an adult the richness of her life experiences is reflected in the variety of topics she addresses in her songs. Mitchell is a writer with important things to say, and brave enough to say them.
Mitchell made her stage debut at four with her country-music loving father Ron at the local country music club in Gore near Invercargill in New Zealand's south. At 14 she placed third in national TV show New Zealand's Got Talent, a formative experience which taught her how to stand up for herself and to believe in the songs she was writing.