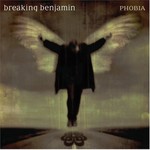 For Burnley, who typically writes at least 10 songs to yield one, the arduous approach has helped Breaking Benjamin elevate the bar in following up 2004's explosive platinum-selling We Are Not Alone, which produced a pair of compelling #1 rock hits, "So Cold" and "Sooner Or Later". "It's a very time-consuming thing," Ben admits of his efforts to top the band's airwave favorites. "I'll basically write a number of similar songs and cherry-pick the best pieces from all of them and make one."

With 'Phobia', which confronts anxiety and fear through catharsis and breathtaking melodies, the fruits of Burnley's conviction can first be heard on "The Diary of Jane". It is the first single - just one in a number of ferocious and hook-injected offerings on the album. As muscular as it is accessible, "Jane" has the power to invade one's headspace, and occupy it for days.

Don't You Fake It