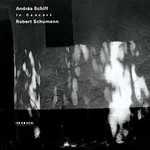 "Few pianists could have made this programme work. They may not be Schumann's finest, but they have their own glories and Schiff, recorded live in the Tonhalle, Zurich, in May 1999, treats them with affection. An absolute winner."
***** Five Stars BBC Music Magazine (June 02)

An entrancing live performance by András Schiff, playing compositions of Robert Schumann, recorded at the Tonhalle, Zürich, in 1999. The key to Schiff's engagement with Schumann lies first and foremost in an astonishing empathy with the composer and the music. This is a point that the New York Times has also taken up: "Mr Schiff has an uncanny way of making a composer his own. Or is it making himself one with the composer?" Schiff harnesses his immense technique and artistry to reveal the poetry and profundity of the compositions. And yet while the pianist faithfully conveys the musical intimacy and lyricism particular to Schumann, he does not shrink from the composer's more turbulent emotions. In all, a most valuable document of a night when, as Martin Meyer writes, "the magic materialised, gripping both the artist and his audience."