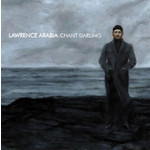 Lawrence Arabia is the pseudonym of James Milne, also singer-songwriter for The Reduction Agents, former member of The Brunettes & The Ruby Suns, plus ex-touring member of both Feist & Okkervil River.

'Chant Darling' is his 2nd solo album, following the release of his self-titled solo debut in 2007.

The songs for the album were penned half & half between New Zealand & London, where our hero has been based for the past two years. The subject matter varies from the Kiwi space programme to naughty liaisons on Quay Street; from laziness & drinking problems amongst the shy, to sexually frustrated hipsters, drug-induced death visions; lust for a teacher; and a theme-in-waiting for the National Government's war on drugs.

Christchurch-born James has produced music for television, film & theatre - possibly the most well-known being the inclusion of some of his songs in Taika Waititi's movie 'Eagle Vs. Shark'. In the past year James has toured extensively around Europe & the U.K. with both Feist & Okkervil River, appeared at the Royal Albert Hall and been featured & reviewed in British publications such as the Sunday Times, NME, Uncut, Q, Independent, and Dazed & Confused.

The single "Beautiful Young Crew" was a bonafide bNet hit, topping the Alt Radio charts & becoming a bFM anthem - while the video (which was partly shot at the Beehive) also created a good stir around election time, during 2008.