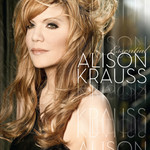 Inspired selection of songs displaying Alison's development as a vocalist, fiddle player and producer, from her early signing to Rounder Records at 14 years old, to the present day. Includes a duet with Robert Plant from the 'Raising Sand' album.

'Essential Alison Krauss' is a wonderful collection that was chosen by Alison to reflect the very best of her career to date. It is an inspired selection of songs which displays her development as a vocalist, fiddle player and producer; from her early signing to Rounder Records at 14 years old, up to the present day.

The tracks are drawn from her extensive back catalogue, truly representing Alison's commitment to Bluegrass and American traditional music styles, combined with her unique ability to contemporise the sound and take it to a very wide mainstream audience. She has a unique talent to select contemporary songs and sing them in a traditional style. It was all of these factors which drew Robert Plant into collaborating with Alison in the American roots world and the massive worldwide success of 'Raising Sand'. There is no other star quite like Alison Krauss in terms of purity, artistic integrity and star quality, combined with huge unsung commercial success. The popularity of the 'Oh, Brother Where Art Thou' soundtrack similarly did much to take Alison's voice into millions of homes around the world. More and more fans are discovering how timeless Alison's music is and her tracks from 1995 remain as relevant today.

ALISON KRAUSS - FACT FILE:
- American bluegrass singer and fiddle player, Alison Krauss, has the most Grammy awards as a female artist and 3rd most-awarded artist overall - she now has an incredible 26 Grammys (overtaking Aretha Franklin in 2nd place who won 16).
- Alison won her latest five Grammys for her Mercury-nominated collaboration with Robert Plant, 'Raising Sand', including Album of the Year.
- Alison has produced many of her own albums and also Alan Jackson's Grammy-nominated album 'Like Red on a Rose' (Arista Records) (2006), as well as albums by Nickel Creek and The Cox Family
- All of Alison's last seven albums have reached gold, platinum or multi-platinum status in the US
- Alison performed two nominated songs at the 75th Academy Awards in 2004
- Alison has recorded many songs for major Movies such as 'Cold Mountain' and 'O Brother Where Art Thou', 'Mona Lisa Smile', 'Midnight in the Garden of Good and Evil', 'The Prince of Egypt: Nashville', 'Divine Secrets of the Ya-Ya Sisterhood', 'Crossing Jordan' and 'Paper Clips'. Her songs have contributed immensely to the evolution of bluegrass music in contemporary music in America
- Alison has now sold over 11.5 million albums in her career
- Alison was signed to Rounder Records 24 years ago when she was just 14 years old
- Alison has performed at the White House in front of an audience including Bill Clinton
- In addition to her incredible Grammy success, she has also won seven Country Music Association Awards and ten International Bluegrass Music Association Awards. She won the Great British Country Music Award for International Bluegrass Band of the Year every consecutive year between 1997-2000 as well as International Female Vocalist of the Year in 1996